Kittisaurus LuLu - Then and Now 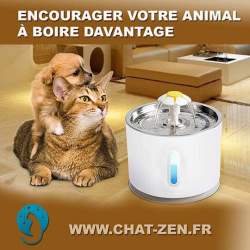 ADD YOUR CLASSIFIED ADS ON PRICE-NICE

Ajoutées 1 année by
66 Vues
When LuLu was a Kitten....
Kittisaurus LuLu - Then and Now
-------
SUBSCRIBE and BELL for new videos (^◡^)
Don't forget to LEAVE COMMENT below (≧▽≦)
We want to hear YOUR OPINION (♥ㅅ♥)
-------
This is a place where people can come together and talk about why they love Kittisaurus.
If you are new to Kittisaurus, their names are: ChuChu, CoCo, DD, Lala, Lulu, Momo, TT, Nana, Dodo and Toto.

ChuChu is a very fluffy cat whose fur color ranges from white to dark brown. She has bright yellow eyes with dark pupils. She also has a smushed appearance to her face, much like Momo. She has a few dark brown, thin stripes on her forehead and has a fluffy tail. She is also tall, slightly taller than both Lulu and Lala. She overall has more of a white fur color. She has an "M" on her forehead, much like Momo and Lulu.
+ Species: Highland Fold, tabby cat and Persian
+ Birthday: December, 25th, 2016
+ Gender: Female
+ Eye Color: Yellow

CoCo has white colored fur with big sky blue eyes. He is the third most fluffiest cat after Chuchu. He has fluffy fur and a fluffy tail. He also bears a strong resemblance to Lala, and many people think that the two are siblings, though they actually aren't. Unlike Lala, he has a slightly different eye shape and is NOT a munchkin cat (like Lala).
+ Species: Highland Straight
+ Birthday: November, 4th, 2016
+ Gender: Male
+ Eye Color: Blue

DD is the fluffiest and tallest among all the cats. He has long, creamy-brown and white- fur. He has bright yellow eyes. Due to such a huge coat of fur, many people may think that he is fat, though in reality he is actually quite thin, as seen whenever Ms. Claire bathes him.
+ Species: Norwegian Forest cat
+ Birthday: Unknown (same age as TT)
+ Gender: Male
+ Eye color: Yellow
+ Hair color: Creamy brown and white

Lala like Lulu, is a sightly mischievous Cat. She is hungry most of the time and even runs to quickly get the food. Lala usually gets frightened easily, and her pupils swell up to the point of making her eyes look black. When she climbed up to the shelves once, she got stuck and had to be rescued by Claire. She did this while just copying Coco and Momo, and later got angry that while the two could climb up and get down, she could not, punching Momo on the face as a result. She also hates to be bathed, always trying to run away and meowing very loudly. She is also very close to DD, often following and copying what the older cat does. It is hinted that Lala prefers to be groomed by other cats, mostly DD, or at times, Lulu.
+ Species: Long hair Munchkin cat
+ Birthday: 10 Days Older than Lulu
+ Gender: Female
+ Eye Color: Bright Blue

Lulu He has very round face and has the Biggest head of all the cats according to a video. If you look closely, you can see Lulu has an 'M' on his forehead too, same as TT, Chuchu and Momo. He has brown-ish fur and yellow eyes.
+ Species: Munchkin cat, British Shorthair and Scottish Fold hybrid
+ Birthday: January, 11th, 2017
+ Gender: Male
+ Eye color: Golden-yellow
+ Hair color: Brown

Momo has ginger/orange fur and yellowish eyes. Unlike the other cats, Momo’s facial features are slightly different, making his face look a bit grumpy when seen closely, due to him being an Exotic Shorthair. According to Ms. Claire, he is very soft and when receiving an injection in a cat hospital, she had to hold him tightly as he could easily slip away. He is also very tall and long, as seen when he was stretched during an X-ray at the hospital.
+ Species: Exotic Shorthair and tabby cat
+ Birthday: November, 8th , 2016
+ Gender: Male
+ Eye Color: Pale Orange and yellow

TT is a queenly cat with short, greyish-silver fur and sad olive-green eyes. She also has dark grey markings across her fur, which is seen on her head as well. TT has a scar on her right eye due to having Feline Herpes when she was kitten, which is why the eye appears cloudy. As a kitten, TT was very skinny with a black pattern across the bridge of her nose, which indicated how very sick she was.
+ Species: American + European shorthair mix and tabby cat
+ Birthday: Unknown (same age DD)
+ Gender: Female
+ Eye Color: Olive yellow light green

NaNa (나나) is a female cat that came into Claire’s Home, with orange and white fur/marking.She is similiar to Dong-E and TT. She and her two kittens were going to be euthanased by the shelter if they weren't adopted because their time at the shelter was about to end. Claire's friend informed her about that and she agreed to foster Nana and her kittens, and now she has adopted the three of them.

Toto (토토) has a "M" marking on his forehead and no orange spot on his nose. He also has bigger body compared to Dodo. He has a bigger head than Dodo.

Dodo (도도) has wider white spot on his forehead and he has smaller body compared to his brother, Toto. He has a smaller head than Toto.

Kittisaurus LuLu - Then and Now